When you try connecting your Samsung Gear S2, Gear S3 or Gear Sport smartwatch to
a smartphone that has less than 1.5GB of RAM for the first time, you are in for a nasty surprise; although you can find and install Galaxy Wearable application from Google Play store onto your device, it will be unable to successfully connect your smartphone and the Gear S2 / Gear S3 / Gear Sport.

I suspect the reason for their decision is they have encountered some performance issues on some of less capable smartphones during the testing phase and decided to drop support for the mentioned devices altogether to prevent potential complaints from customers.

I was able to disable the minimum RAM requirement check from the Galaxy Wearable app and thus make it work on whole range of Android smartphones that have less than 1.5GB of RAM. This was accomplished by decompiling the Galaxy Wearable apk, modifying the rules.xml file (adding hostMinMemory=”0″ syntax), recompiling and re-signing it.

Beside the Galaxy Wearable app, Gear S2 / Gear S3 / Gear Sport also requires two additional apps to be installed on the smartphone in order to connect and function as intended; Samsung Accessory Service and Gear S plugin. These apps also had to be re-signed, since they wouldn’t install successfully if downloaded directly from Google Play Store, when there is a re-signed Galaxy Wearable app installed on the system.

I would like to point out that the integrity of the Galaxy Wearable app wasn’t compromised in any way since I didn’t do any other changes, beside disabling the minimum RAM requirement check before it initiates the pairing process.
Modified app works the same as the one downloaded from the Google Play store.

If you have a Samsung phone and are getting “The operating system on your phone has been modified in an unauthorized way, and is not compatible with the Galaxy Wearable app. Check your operating system and try again.” error click here.

The reason for this error is that the Galaxy Wearable app does some additional security checks when installed on a Samsung phone and refuses to start due to its package signature mismatch. To get around this issue, phone needs to present itself to the Galaxy Wearable app as a non-Samsung device. This can be accomplished by modifying the build.prop file; phone needs to be rooted in order to do this.

Below is the list of devices that are known to be working with the modified Galaxy Wearable app and Samsung Gear S2 / Gear S3 / Gear Sport smartwatch:

*The list will expand as more compatible devices are reported by users.

*Synchronization with Samsung Health / S-Health app doesn’t work
Workout and lifestyle data from the Gear S2 / Gear S3 / Gear Sport doesn’t show in Samsung Health app on the smartphone. Reason for this is that Samsung Health app checks signature of Gear S Plugin and refuses to sync or exchange data with it, because it wasn’t signed by Samsung. On non-rooted phones only workaround is to use other exercise tracking apps such as Endomondo, MapMyRun or Under Armour Record for Gear S2 / Gear S3 / Gear Sport. Mentioned apps are currently only able to transfer limited exercise data from Gear S2 / Gear S3 / Gear Sport to Samsung Health app, such as workout start/stop time, distance, sport type and calories.
On rooted phones there is a possibility to install an un-modified Galaxy Wearable, Gear S Plugin, Samsung Accessory Service and Samsung Health from Play Store (Or Galaxy apps store on Samsung phones), starting the Galaxy Wearable app, rebooting the phone and then going to \data\data\com.samsung.android.app.watchmanager\files\ directory with File manager that has root access (in ES File Explorer go to Settings, Tools and turn on “Root Explorer”) and manually editing (adding hostMinMemory=”0″ syntax) rules.xml file (Open it with Es Notes Editor). By using original apps signed by Samsung, sync with Samsung Health works as intended. Do not forget to turn off Auto update for Galaxy Wearable app afterwards, otherwise it will overwrite rules.xml file with an original version on every app update.

Please follow the steps below carefully and in the exact order to successfully connect the Gear S2 / Gear S3 / Gear Sport to your smartphone. Do not attempt to skip any step.

If you have installed Galaxy Wearable app from Google Play Store you will need to remove it in order to install modified Galaxy Wearable app. Go to Settings -> Application Manager / Apps -> All and search for Galaxy Wearable, Gear S Plugin and Samsung Accessory Service. If any of the mentioned apps is found, it needs to be removed / uninstalled. Restart your smartphone after the uninstall.

Go to Settings -> Security and make sure that there is a check-mark next to “Unknown sources”. This will allow installation of modified Galaxy Wearable app.

Click on the link below to download the modified Galaxy Wearable app, re-signed Gear S Plugin and re-signed Samsung Accessory Service. All three apps are packed in a compressed .zip package. Download the .zip file to your computer, unzip or extract it and then transfer apps (.apk files) to your smartphone. In case you don’t have access to a computer, you can download .zip file directly from the browser on your smartphone and then use File manager to extract apps.

*File is hosted on Dropbox. If link doesn’t work, please contact me at info@getgui.com
*These apps will only work with Samsung Gear S2 / S3 / Sport. If you require apps for Samsung Gear Fit2 and Gear Fit2 Pro click here.

5. Install apps to your smartphone

Use a File manager app to browse for the transferred apps (if you downloaded .zip file directly from smartphone, it should reside in the “Download” folder in internal memory or SD card). Tap on each of the three apps to install it. Accept all required permissions during installation.

8. Provide feedback to help the community

If you would like to help other fellow Gear S2 / Gear S3 / Gear Sport owners who are unable to connect it to their smartphone, please provide some feedback (model of your smartphone, version of Android, possible issues) in the comments below or via email to info@getgui.com. If the modified Galaxy Wearable app works on your smartphone, it will be added to the list of compatible devices, otherwise we will try to find a solution together. 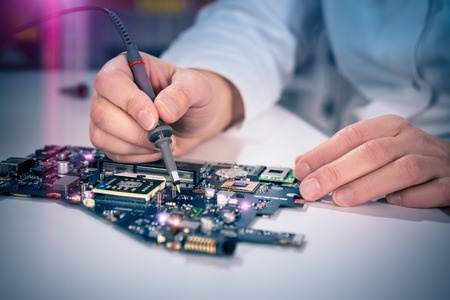